The Fell Foot Park Oral History Project began with a training session from Ros Livshin of the Oral History Society in October 2018. 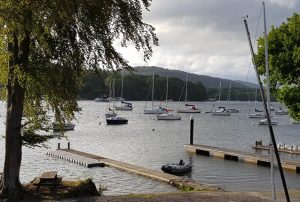 The session was the start of a two-year project focusing on the recent social history of the property. Historically, Fell Foot was owned by a succession of wealthy industrialists and business people until it was gifted to the National Trust in 1948. It was leased out until 1969 and during the time of this lease it operated as a caravan and camping site, as well as being an open air destination for day trippers. 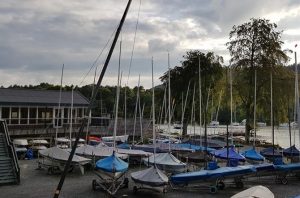 In 1961, South Windermere Sailing Club had its inaugural meeting at Fell Foot and until recently operated from the newly completed Active Base centre. In 1972 nineteen self-contained chalets were built and were operational alongside other accommodation until 1992 when the accommodation offers closed permanently.

Interviewees were people who visited Fell Foot as holidaymakers in addition to several current staff members who have had ties with Fell Foot for many years. 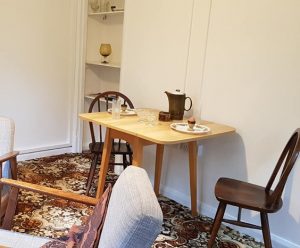 I liaised with a number of Fell Foot staff, providing input to project planning meetings and actioning decisions taken at these meetings. I also had links with other stakeholders with an interest in the project. I contacted potential interviewees and was the first point of contact for anyone interested in the project.

For interviewing, I worked with OHS-trained volunteers, acted as mentor, secured the appropriate permissions and took an active role in interviewing participants either at Fell Foot, in their homes or by online phone and meeting software. I was responsible for uploading interviews and paperwork securely, ensuring GDPR complicity, and compiling and updating the interview spreadsheet for eventual British Library transfer of oral histories. 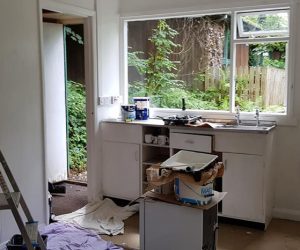 As part of the project, I spent a few weeks redecorating and fitting out one of the three remaining chalets in a 1970s style and this is where the majority of the oral history interviews took place. I found items for the chalet from various sources, including charity shops, Freegle and online secondhand stores.

My work for the Fell Foot Oral History Project earned me a nomination for the National Trust’s regional North Stars Awards in August 2019.